Dreaming of What Might Be: Introducing the Graphic History Project as a New Initiative for Radical History and ComicsSean2017-01-06T23:50:15+00:00 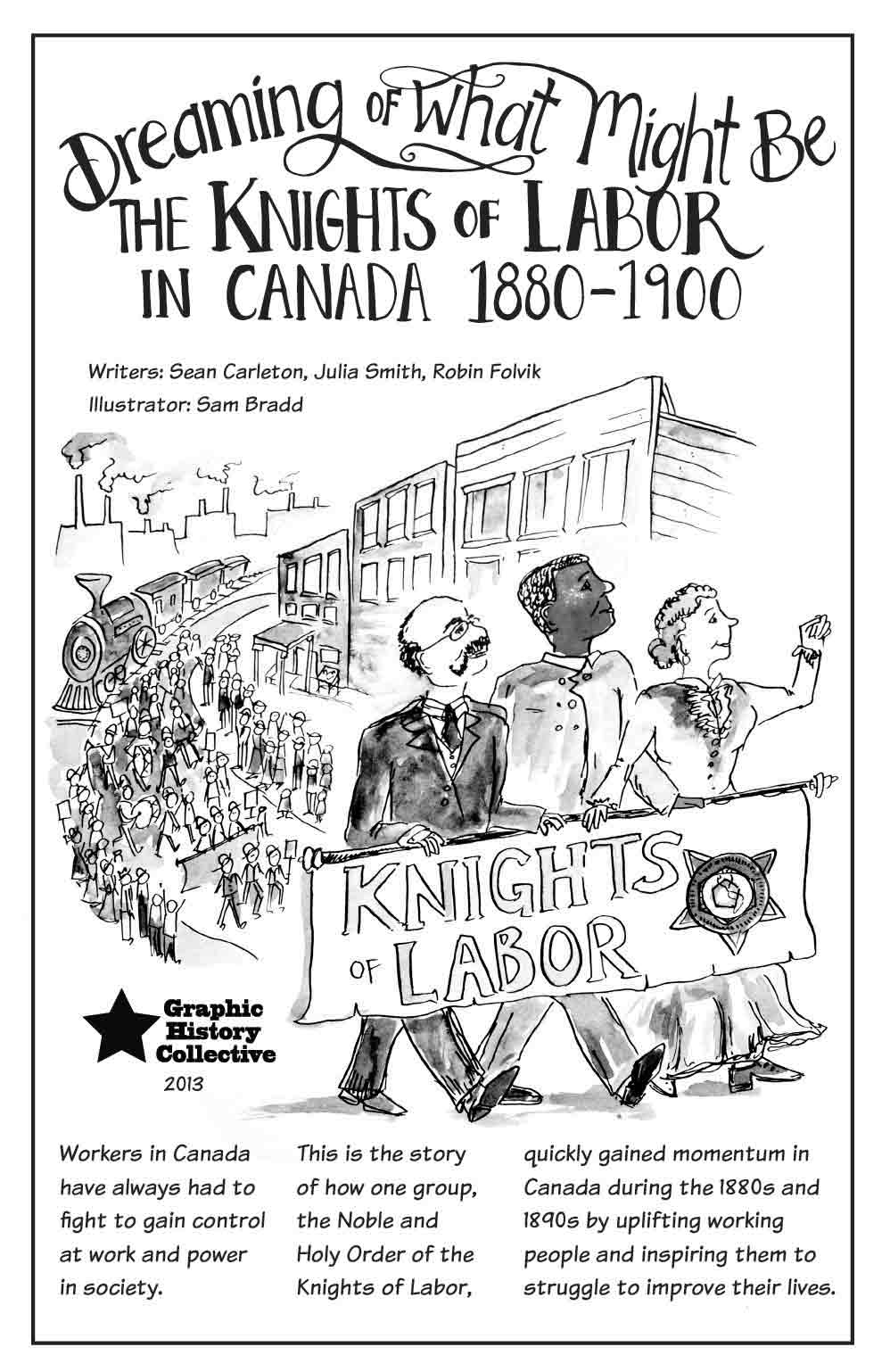 Dreaming of What Might Be examines the contentious but significant history of the labour organization known as the Noble and Holy Order of the Knights of Labor. The comic book shows how the organization took root in Canada and “encouraged people to ‘dream of what might be’ and take action on the job rather than give into the poor conditions and lack of control others said were natural and unchangeable.” Dreaming of What Might Be does not shy away from some of the Knights’ discriminatory practices; however, in the end, the comic book suggests: “Though not without its faults, the Knights of Labor can still be drawn upon for inspiration. Today, as we work to develop new cultures and movements of opposition, the Knights’ call to ‘dream of what might be’ reminds us that an alternative society is always possible.”

Dreaming of What Might Be is the first comic book to be published as part of the larger initiative known as The Graphic History Project. The GHC believes that comics can be used to tell important stories about the past in ways that can inspire new struggles and spark much-needed conversations about how to change the world. To this end, in the fall of 2012, the GHC made a call for proposals to start a new project called The Graphic History Project. Our goal was to encourage writers and illustrators to come together to produce, on a volunteer basis, a number of short—approximately 10-page—graphic histories of resistance that illustrated the various ways peoples from a diversity of backgrounds and experiences have fought for economic and social justice around the world, and in Canada in particular. These new comics would be made available for free on the GHC website and potentially collected, edited, and published with a progressive press.

Since that initial call, the GHC has been working with renowned American historian and graphic history guru, Paul Buhle (Wobblies; A People’s History of American Empire, etc.), and a number of activists, artists, academics, and designers to produce new politically relevant historical comic books as part of The Graphic History Project. In addition to Dreaming of What Might Be, new comics will be posted on the GHC website every few weeks in the coming months. The comics will examine such disparate topics as slavery in Atlantic Canada, the experiences of Filipina women today in Canada’s Living Care Giver Program, the life and times of French feminist Suzanne Voilquin, the Ontario Days of Action protests of the 1990s, socialist-feminist union organizing in Canada in the 1970s and 1980s, The Battle of Ballantyne Pier in Vancouver in 1935, and the experiences of Indigenous longshoremen working on the Vancouver waterfront in the early 1900s, to name but a few. And projects and proposals for The Graphic History Project continue to roll in. The GHC, as the administrative committee for the project, continues to encourage everyone to get graphic with the activist past.