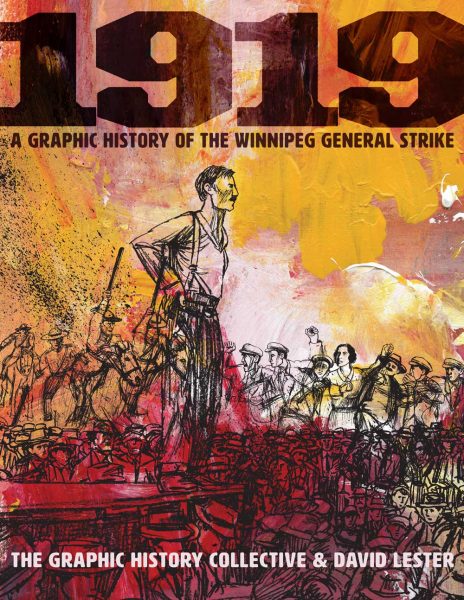 Buy 1919 from Between the Lines

1919: A Graphic History of the Winnipeg General Strike

In May and June 1919, more than 30,000 workers walked off the job in Winnipeg, Manitoba. They struck for a variety of reasons—higher wages, collective bargaining rights, and more power for working people. The strikers made national and international headlines, and they inspired workers to mount sympathy strikes in many other Canadian cities. Although the strike lasted for six weeks, it ultimately ended in defeat. The strike was violently crushed by police, in collusion with state officials and Winnipeg’s business elites.

One hundred years later, the Winnipeg General Strike remains one of the most significant events in Canadian history. This comic book revisits the strike to introduce new generations to its many lessons, including the power of class struggle and solidarity and the brutal tactics that governments and bosses use to crush workers’ movements. The Winnipeg General Strike is a stark reminder that the working class and the employing class have nothing in common, and the state is not afraid to bloody its hands to protect the interests of capital. In response, working people must rely on each other and work together to create a new, more just world in the shell of the old.

David Lester is guitarist in the rock duo Mecca Normal. He and Mecca Normal band mate Jean Smith give a presentation/lecture called How Art & Music Can Change the World. He is the author of The Gruesome Acts of Capitalism and artist / writer of the graphic novel The Listener. His poster “Malachi” was part of the 2014 Whitney Biennial in New York City at the Whitney Museum of American Art. He is art director of BC BookWorld. He also created the comic, The Battle of Ballantyne Pier for the Graphic History Collective book Drawn to Change.