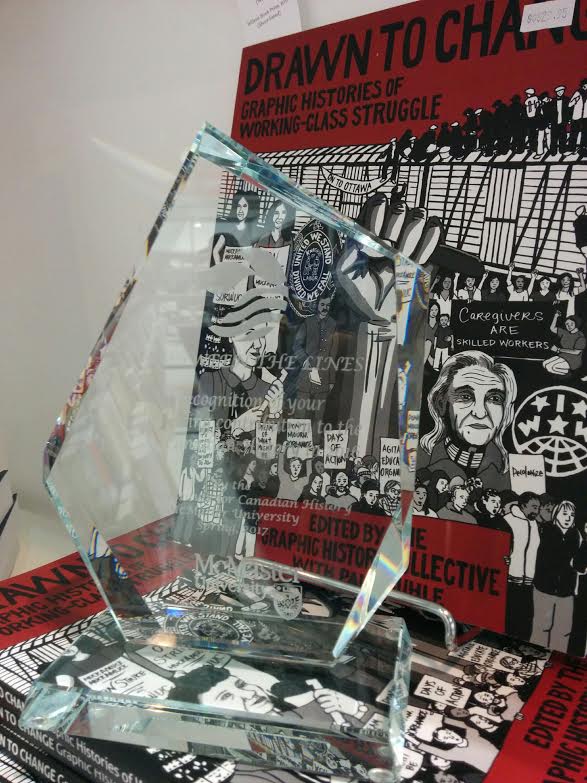 Between the Lines invites people to question and challenge the dominant narrative of Canada’s history and #resist150.

During the month of July get 20% off select titles (see below) with promo code: resist150. First on their list is our award-winning collection of graphic labour histories, Drawn to Change.

We are honoured to be included alongside some many great titles.

Fear of a Black Nation: Race, Sex, and Security in Sixties Montreal by David Austin

Ottawa and Empire: Canada and the Military Coup in Honduras by Tyler Shipley

Queer Progress: From Homophobia to Homonationalism by Tim McCaskell

The Vimy Trap: Or, How We Learned to Stop Worrying and Love the Great War by Ian McKay and Jamie Swift

Warrior Nation: Rebranding Canada in an Age of Anxiety by Ian McKay and Jamie Swift

Worth Fighting For: Canada’s Tradition of War Resistance from 1812 to the War on Terror by Lara Campbell, Michael Dawson, and Catherine Gidney